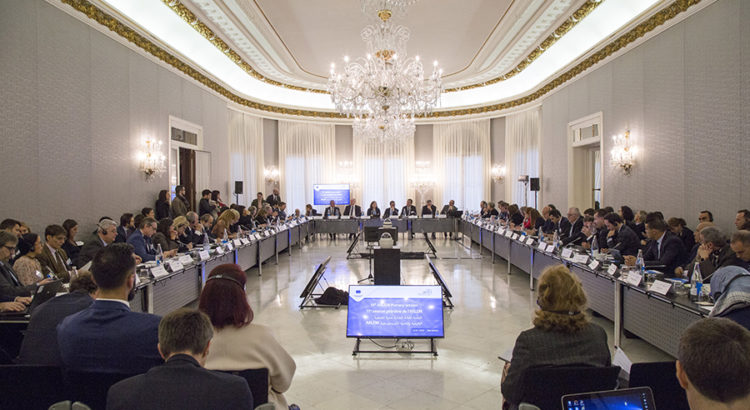 On January 22nd and 23rd, ARLEM’s institutional meeting, the Euro-Mediterranean Regional and Local Assembly, was held in Palau Reial de Pedralbes in Barcelona, where 80 members and two observers from the EU and its Mediterranean partner-countries met with the aim of giving a territorial dimension to the Union for the Mediterranean, promoting local democracy, multilevel governance and decentralised cooperation on the three shores of the Mediterranean, thus fostering regional integration and cohesion.

Our member in the area, Ditec Communications adapted the plenary room to hold the meeting. A Bosch conference system was installed with more than 40 microphones for the attendees at the large U-format table and two HD Dome cameras, for the automatic monitoring of the speakers.
As an International meeting, simultaneous interpretation was required. In an adjacent room, 5 ISO4043 Audipack booths were installed and the video tracking system was directly linked to the cameras in the room, so that the interpreters could see the speakers live. Interpretation was provided in 7 different languages during the Assembly.

In the plenary room, audiovisual coverage was provided as well, with 43″ and 50″ monitors so that the speakers could see the members of the room who were speaking at the time. There was also a sound system for the meeting room and the audio feed for the press and media. 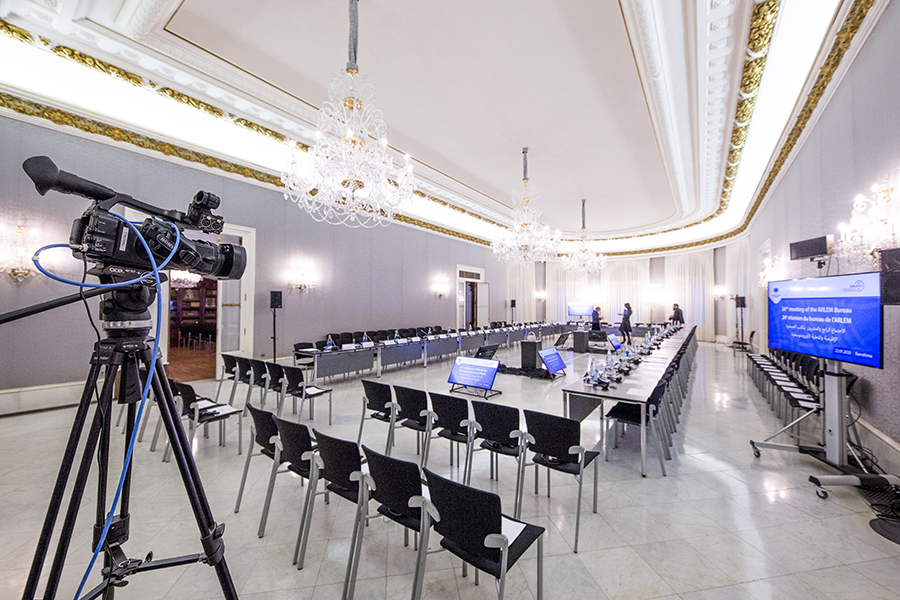 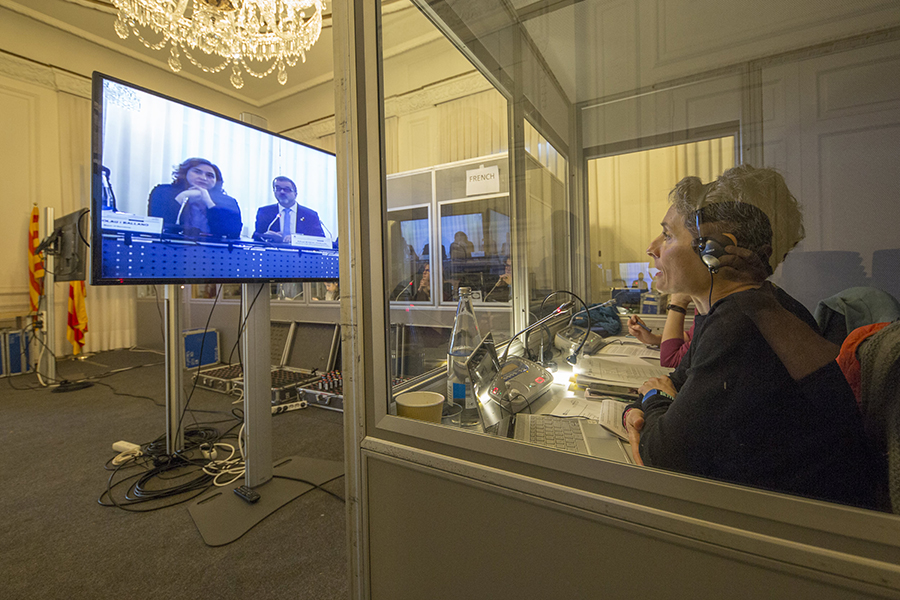 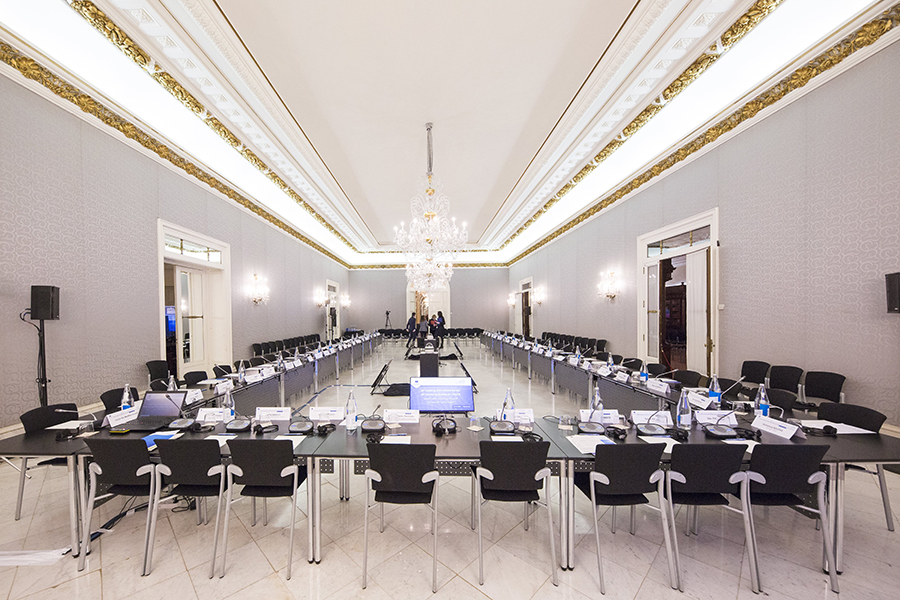